How quantifying championship equity can offer a framework for evaluating a blockbuster trade. 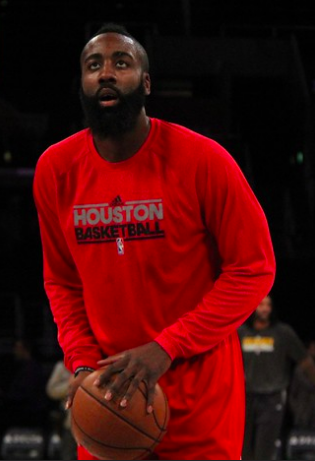 Note: This post was primarily written a few days after the Harden trade was consummated.

In this post, I want to analyze the implications of this trade from the Nets’ perspective only. A fair warning before I dive in: I will get a bit philosophical here and use this fascinating deal as a stepping stone to introduce a framework I like to use to think about team title potential. And I will fully admit up front that I find this trade exceedingly difficult to evaluate and assign a tidy grade to the Brooklyn front office.

A Framework For Thinking About Title Potential

Bear with me here, but let’s begin by zooming out and trying to put some numbers to the Nets’ title odds. At the end of the day Brooklyn is buying championship equity here, particularly championship equity in the 2020-21 and 2021-22 seasons (the two years where Durant, Irving, and Harden are all under contract).

How much championship equity? Well, we can look at betting markets to give us some rough idea. According to Forbes, BetOnline raised the Nets’ title odds for this season from +650 pre-trade to +275 in the aftermath. Translating these lines into percentages, this works out to a roughly 27% chance of title post trade vs. 13% pre-trade. We have went from needing three fair coin flips in a row to come up heads to two fair coin flips- not bad at all!

At this point, you may be rolling your eyes and saying betting markets are flawed and Brooklyn is over-valued after a splashy trade, so what are you doing here?, but indulge me for a moment. Let’s say our estimate for Brooklyn’s 2021 title odds jumped from 13% to 27%. And now let’s continue this thought experiment and think about the Nets’ title potential over the next 10 years, while also considering the counterfactual where Brooklyn does not make the Harden trade.

There are a couple of pieces to this potential projection. The first essential piece to evaluating this trade is to ballpark how much title equity the Nets bought for themselves in the 2020-21 and 2021-22 seasons. We already discussed what a plausible estimate for this year might look like, but how about next year? Well, Harden and Durant would be in their age 32 and 33 seasons respectively so decline (or injury) is certainly plausible. But we have to still consider that the pair could each be top 10 players next season, a recipe for title relevance. So an 18% title chance in 2021-22, down from 27% for this season to account for a bit more uncertainty a year out, seems reasonable.

Now, to fully calculate the championship equity Brooklyn gained over the next two seasons we need to estimate their title potential if they had not made the trade. For this season we can take the 13% chance at a title from the pre-trade betting market. How about next season? This is not an easy question, but let’s use the general principle of regressing the Nets a bit more towards league average in the face of future uncertainty and say a Harden-less Brooklyn would have had a 10% chance at a title in 2021-22.

If we take these estimates at face value than the Nets have just bought themselves 0.22 expected championships over the next two seasons. Is that good or bad? On the surface, in a league with 30 teams and one ultimate prize, that number seems pretty good.

But we need to consider the costs of the trade. The Nets have dealt away three promising young players and over a half decade worth of first round picks. There is certainly pain to be felt.

Let’s try to quantify that pain by looking at Brooklyn’s title potential from 2023 to 2030 (as the graph shows). We are looking out far into the future and I don’t have a magic crystal ball so this may be a fool’s errand. We do have one guiding principle though- if you go far enough into the future then, all else being equal, my default championship odds for a team are 1 out of 30 (or 3.3%). This is because a team’s record in any given season has little relationship to its record 4 or 5 years down the line. In other words, a decent estimate for the champion five years from now is to pick a team at random out of a hat.

If you add up the championship equity lost in the 7 seasons from 2023-24 to 2029-30, we are estimating that the Nets are losing roughly 0.11 expected championships. So in this plausible scenario (that is still certainly just a rough estimate) we find that Brooklyn has gained about 0.11 expected titles over the next 10 years. So is the risk worth the reward??

Well, perhaps we should be more of a skeptic about the upside of this trade. The Nets lost two key pieces in Caris LeVert and Jarrett Allen that will hurt their title pursuit over the next two years. Depth suddenly becomes an issue. The defense could simply not be good enough (a very real concern). The big rotation certainly looks ultra thin absent any other moves. And do the duplication of strengths of Brooklyn’s big three (they all thrive as on ball scorers) minimize the team’s upside?

A skeptic could formalize their skepticism by saying that this year’s team has an 18% chance of winning it all, not 27%. And next year they could peg Brooklyn at 13%, not 18%. Then the math no longer adds up- the Nets would only be gaining 0.08 expected championships over the next two seasons at the cost of 0.11 over the rest of the decade. The graph below shows the more pessimistic estimate.

This thought exercise of assigning numbers to championship probabilities I think at least puts us in the right mindset for evaluating the trade. One thing it made me think about more deeply is that winning a championship is just plain hard. Our generic 3.3% estimate of title odds for a future normal team that actually has its draft picks is not all that much better than the 1% odds I saddled the draft pick-less Nets with. In other words, the future title potential that Brooklyn loses from losing its draft picks is not as large as one might expect. Winning a championship is just plain hard to begin with.

What Is The Larger Takeaway Here?

The point of this analysis was not to offer precise, model-driven projections of the Nets after the Harden trade. The point was rather to introduce a framework for how to think about blockbuster trades aimed at turbocharging a team’s immediate title pursuit. And this type of framework is becoming increasingly relevant given the rise in the number of “all-in” type trades where contenders sacrifice most of their eligible future draft picks to land a mega-star.

I think it is informative to think about these type of trades from a cost-benefit perspective. The benefits for a team trying to win now come back to increased championship equity for this season and hopefully the next few seasons as well. The costs can be thought of in terms of the championship equity sacrificed farther out in the future from the lack of draft picks, valuable young players, etc.. The tricky part is quantifying the costs and benefits in a reasonable way.

Finally, it’s important to note that the “championship equity” framework is not the only relevant way to think about a trade. Plenty of trades and signings essentially don’t move the title needle at all; they perform other functions such as increasing the chances that a team will make the second round of the playoffs or make the playoffs at all. It can be quite reasonable to just make an ok or good team a bit better at a fraction of the cost of the Harden trade without really increasing expected titles. And another downside of throwing all of one’s draft picks into a trade is that a team is increasing their chances of being bad or really bad in the future, not just out of the title picture.

With all that being said, this Nets fan is personally hoping that the benefits of the Harden trade will outweigh the costs for Brooklyn. At the very least it will be an exciting next few years at Barclay’s Center!

Photo Credit: The photo at the beginning of this post was taken by Derral Chen on November 18, 2012 and is posted to flickr here. It has been made available under this license.