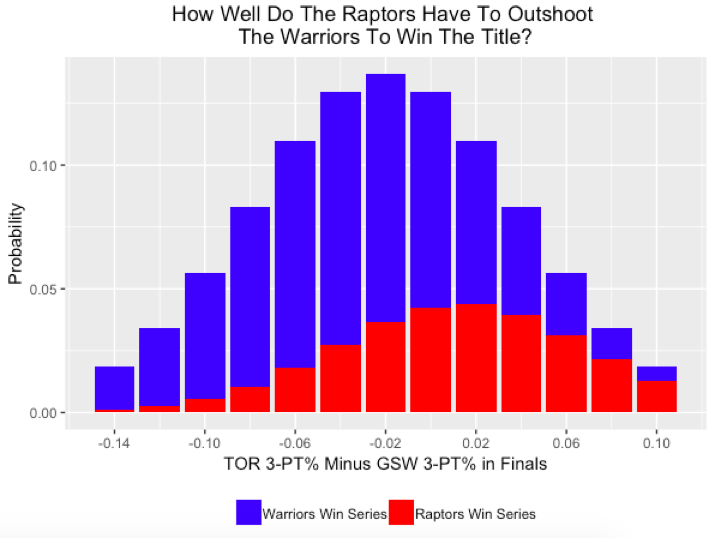 The NBA Finals are almost here and we are finally, mercifully, treated to a matchup which is not Warriors vs. Cavaliers.  The Raptors, in their first NBA Finals appearance, will get a chance to dethrone the champs and I, like most fans, am really excited to see how this turns out.

To get a feel for how a series might shake out, I like to start by looking at the regular season point differentials of both competitors.  By this measure, this Finals looks pretty even.  The Warriors and the Raptors were 2nd and 3rd in the NBA, respectively, at +6.5 and +6.1.  My simple point differential only model pegs the Raptors as slight favorites (55% chance to win the series) by virtue of having home-court advantage.  Plus, the Warriors look to be without Kevin Durant for at least the first few games in the series, which hurts their odds.

END_OF_DOCUMENT_TOKEN_TO_BE_REPLACED 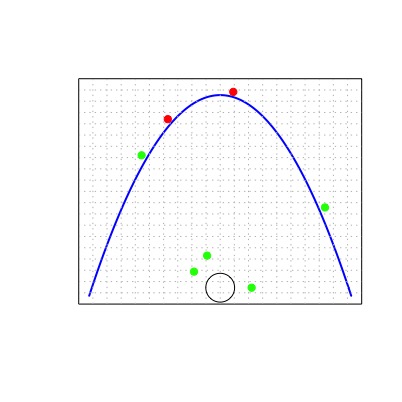 It’s May and the 2019 NBA Draft is a little over a month away.  Soon we will watch the future stars of tomorrow excitedly walk onto the stage and shake Commissioner Adam Silver’s hand.  Of course, mixed in with the future stars will be many draftees who will simply never pan out.