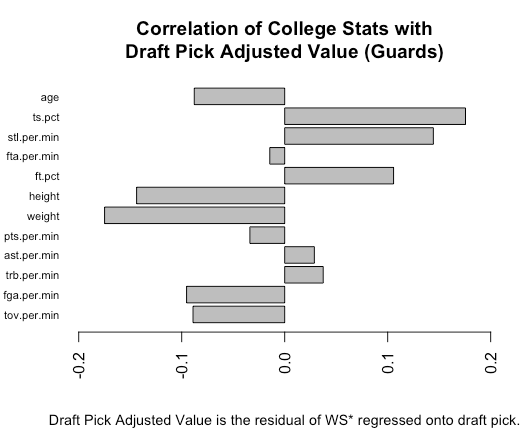 The NBA draft is almost upon us! For the sake of curiosity, I decided to dig into the data to determine which college statistics have been most correlated with NBA success.

I will first give a few words on my methodology. I considered all players drafted in the year 2000 to the present whose age 25 season could have happened in 2017-18 or earlier. The age 25 season criteria is included because I measured player value in terms of Win Shares (a stat provided by basketball-reference) produced in the age 25 season. I chose to measure performance at this age rather than something like prime years (age 26-29) to allow more recent draft picks into the sample.